What issues, challenges, or pain point did you need to address?

“It’s a big jump, “Bruce told us, “not so much in technical expertise, though there might be gaps in that, but in the responsibility and the accountability of being a Site Manager. Suddenly the buck stops with them about People, Programme, Health and Safety, Quality, all of it.”

Bruce and the senior management team, wanted to design a more structured approach, giving ASM’s the technical skills, so they understood the process, and fill in any gaps in their knowledge. For example, site managers often turned up on a site once the foundations and the ground preparation had been completed, so they missed all of that. But they do need to understand it, and that it’s part of the process. They now get two days on foundations and groundworks, so they know how to manage the process.

“And of course, the simulation centre comes in because part of site management, is about managing the people” Bruce continued. “Whether it’s the Lovell staff on the site, or the sub-contractors, you’re the figurehead and have to deal with the public too when customers come in and they don’t want to deal with the sales advisor, all of that stuff they need to be equipped for.”

“Doing it the old way where you are with the site manager and you hope to see all these things to build up your skills wasn’t fit for purpose really. You learn bad habits, how site managers deal with situations badly, you see them, and there’s nobody external saying “That was dealt with badly”, you just see it and think “Well, that’s what I have to do”. So good habits and bad habits are picked up that way.”

“At the simulation centre they learn how Lovell wants them to do things through the technicalities and the programming and all of that, and how Lovell expects them to deal with people as well. I remember we integrated it into the programme right from the beginning as two of the 16 days, as we recognised that people skills was an important part and felt the simulation centre could meet those people needs.”

Why did you choose the simulation centre?

“It was the only place where we could not only get interaction with actors which was the main purpose i.e. dealing with people, but in a context that the site manager would understand. When they are at the simulation centre, in the site office or out on site it feels more real for them because they are in a familiar environment and they forget they are in a simulation, so they respond naturally which means it enhances the learning, because they respond naturally when someone knocks on the door. It’s just like someone knocking on their site office door. There’s Lovell signs on the wall, it just feels like they have turned up on a site. It’s slightly unfamiliar but that’s exactly what happens in the real world; they will be sent to a site and they won’t know anybody, and they will have to hit the ground running and take it all on board.”

What interaction did you have with the simulation centre when you first started and how has it developed along the way?

“Janet suggested some scenarios in the construction context, and we tweaked them to suit us. As the relationships matured, we have been able to develop scenarios together. It’s got to be about communication. Here’s the scenario, here’s how we want to push them, here’s how far to go with it, and we can flex that for individuals as well as we did on the most recent course, talking to the actors about just parring it back a bit for someone who was struggling a bit with it. Flexibility is always good; I think that’s one of the best benefits of a long term relationship as well everybody trusts each other to do the right thing. And I have people who insist on being observers, four people manning the phones and observing the scenarios, so that shows how successful it has been that they actually enjoy the observing, because people can see the learning that happens.”

the simulation centre team helped Bruce and the Lovell team develop the classroom side of things too, proposing a model which has been flexed along the way. Lovell do more learning now that supports their programme, so while one group is in the simulation centre, the other ASM’s are given more time in the classroom on programming, an area that they find difficult, but is it’s key to site management.
The ASM’s then carry on with programme work while they are in the site office during the simulations, which all helps to make the scenarios feel totally real.

What benefits have you seen using the SIMULATION CENTRE?

“It certainly delivers our objective which is to help them see that people skills are an important part of being a site manager. They can get very hung up on the technical skills and the ability to deliver programme, but the simulation centre wakes them up to their responsibility about managing the people on site, whether its Lovell staff or subcontractors or customers. They learn that there are multiple ways of doing things and how they can be more thoughtful and strategic about how they handle those situations. It helps them become better managers first and better site managers second, better managers of people and dealing with people. We see it on the actual two days so short term we see their improvement, we see how they can learn to deal with those situations better, and longer term is gives Lovell the chance to see them deal with people better in readiness for promotion. Part of the success of the programme overall is that they generally do get promoted to site manager and generally do a better job as site manager when they do. The programme has built that reputation that if you have been through it and been promoted, you have everything you need to be a good site manager in everybody’s eyes, of which people skills is an important part to Lovell.”

Is there anything about the simulation centre experience that surprised you, or that you didn’t expect?

“The quality of the acting! It’s very good. There isn’t a script, but what’s clever and what’s good about the simulation centre, is the ability of the actors to respond to whatever the other person says or does. That whole improvisation is excellent, and the actors we have do a really do a good job responding to site managers’  choices, their wording, their body language, the good things and the bad things,  all that the actors respond in a way that brings it home to them.

The other thing is there is good humour throughout the whole thing, so it’s not all deadly serious about their learning. It’s learning in a fun context, something different, all that helps as well.”

Has the simulation centre helped you solve your problem and achieve your intended Goal?

“Yes, very much so. These two days as part of the sixteen-day programme. We are trying to get Assistant Site Managers better prepared for when they are promoted, and the simulation centre plays and important part in doing that in regard to their people skills. Opening their eyes to different ways of doing things, handling things, how they project themselves, understanding the sort of manager they want themselves to be. It is one of our flagship programmes. It is an important part of our business, as without good site managers we have no business. So it is worth the money, totally justified, as it is such an important area. We can’t open a site if we haven’t got a site manager available and that’s the end of it. So the whole programme has a good senior support.”

Lovell have also seen benefits in promoting home-grown talent. Instead of paying large fees to an agency for a site manager, they have an assistant site manager to promote, that has been through the programme internally.  “And that’s a bottom line win” says Bruce, “before you even think about whether recruiting somebody will actually be successful or not”

“Another side effect” says Bruce “is that they experience the simulation centre together. I like that session at the end where they see each having another go at a scenario because they kind of learn I can do it better, but also that I’m not awful compared to everyone else being brilliant and that we all in this together kind of in the same level, so all of those things go on. We’re all making mistakes together, were all learning together we want to be as good as we can be sort of thing, how best to do that that’s the kind of the context of why we come to the simulation centre.
when you have groups going through stuff that they build a network.

“It definitely does achieve its purpose. We see that on the two days, as they crash and burn sometimes in the first scenarios, then as they get more practiced and more thoughtful about how they respond, we see the improvement. Then they get the chance to do a scenario again and we see a dramatic improvement. It’s a very practical way of seeing how they’ve changed, and I do think they take away being more thoughtful about how they deal with people.

Thank you so much Bruce

It was very easy because everything I said I totally believe. It’s true! That’s why we keep coming back, because it does what it needs to do, it is worth every penny. In a sixteen-day Programme, day nine and ten, just in the middle, it works well.  Very shortly we’ll be booking again. 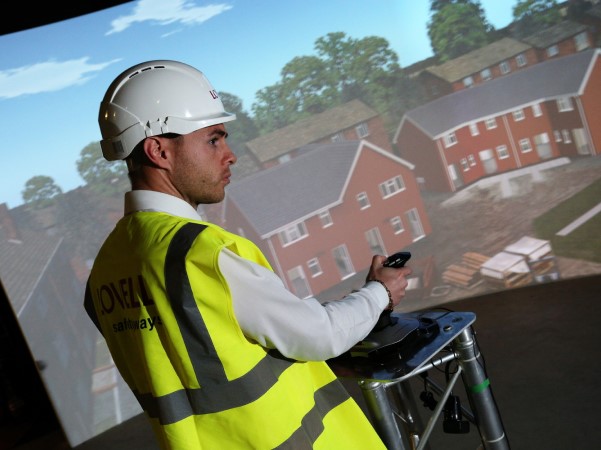 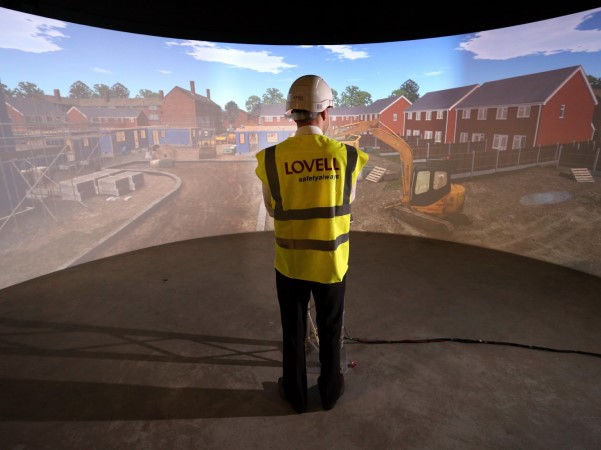 can the simulation centre benefit you?
arrange a show round here

view other case studies below

Request a callback Make an enquiry Request a Show Around

Request a Call Back